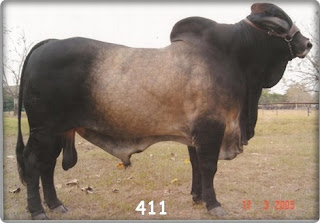 Christmas always seems to creep up on me like a dog that has been rolling in next door's pig manure and is not totally sure of its welcome. It thinks it stands a better chance of avoiding the early bath if I don't notice its arrival.

One minute it's Guy Fawkes' Night and the next the Christmas decorations are going up...though here in Costa Rica there is no Guy Fawkes' Night, just the beginning of the summer round of fiestas each heralded by the detonation of what seems like two land mines to start the festivities every day.
The first time I heard this I thought one of the local volcanoes had gone up but I am now acclimatised and can tell by the direction of the explosions whether or not I will be able to see the associated fireworks in the evening.

I've seen some of these things...the land mines that is...and this is no 'light the blue touch paper and retire to Worthing' stuff.
They look like oversized hessian-packed lollypops on inadequate sticks and I would hesitate to approach one of them if running a slight temperature, let alone light the things.
Nerves of steel these Costa Ricans.

For those, like me, who are new to this diversion, a little scene setting might be in order.
Like me, you might not approve of the uses to which animals are put, but if you want to know about local life, it does not behove you to stick your nose in the air and ignore these events. No one will make you go twice.

The whole thing takes place in a circular arena... I suppose inherited from Spain where they like to reduce the odds in favour of the bull in bullfighting and have thus settled on having no corners in which the bull might trap a matador.
The audience sits in the seats raised above the arena, drinking beer and eating...eating...eating....plantain crisps, yucca crisps, even potato crisps... waiting for events to start.

The bulls are not some beasts pulled at random from local farms....there is a whole industry supplying bull riding spectacles to local fiestas and one of its representatives will appear on command with a lorry load of bulls prepared for the arena and much is made if the bulls are from Guanacaste, the northern ranching province of Costa Rica.
Neither are these bulls cast in the image of the bulls of the Spanish arena..they are Brahmas...the ones with floppy ears and dowagers' humps.
There seem to be participants from far away, too, when the names and locations are read out, so I wouldn't be altogether sure that the suppliers of bulls are not also the suppliers of those to ride them...but I don't know enough yet to have any certainty.

It's certainly nothing like the bull running events where a bull is loosed into the arena and men run around him...until the he makes a run himself, at which point the men leg it for the safety barrier with a speed which depends not only on age and fitness but quantity of alcohol consumed.
These are usually local chaps, keen to show off...well, what, exactly?

Their lack of respect for animals.....

Their ability to be a better qualified President of the United States than was Gerald Ford since they can not only walk but run AND eat plantain crisps at the same time....having previously drink taken.
Impressive!
Mark you, most of them have a better grasp of economics than most Presidents of the United States....

However, back to the bull riders.
They present themselves to the public, take lots for which bull will be assigned to them, then kneel, touch the dirt of the arena to their lips with their hand and cross themselves.
So would I cross myself if putting the dirt of that arena to my lips, I can tell you. Tetanus and goodness only knows what might be lurking.

They retire and bull number one...though all have names...is led into the crush. He is adorned with a leather cummerbund linked to a crupper and for some reason a sort of taurine jockstrap is attached therefrom to his balls.
The rider mounts the rails alongside and drops onto the bull's back, grasping the cummerbund, at the moment that the organiser opens the gate and bull and man charge into the arena.

Well, they do if the rider has not misjudged matters and the bull is off without him.
The bull knows his part if the man doesn't.
He rears, bucks and sidesteps in a solo display until a pretty girl on a horse is sent in to lasso him and get him to come back and see if things could not be better co ordinated the next time.

The next rider times it better...he and bull emerge together.
Bull performs his part and the rider sees how long he can stick on.
Not long is the usual answer.....and that's just as well when you see what happens if he does.

These bulls have a sense of time.
They will cavort for no more than three minutes...so if the man is still up there he looks a little foolish as the bull ceases activity and starts mooching round the arena looking for the exit to his cosy lorry compartment and a good feed.

You can tell the more experienced riders...they leave it until the last minute to fall off to avoid the embarrassment.

So, if you're running short of Christmas ideas, buy yourself one of these bulls at the end of his career, stable him near the kitchen window and let him loose just as the water boils for your breakfast egg.

He'll have a happy retirement and you'll have the perfectly boiled egg.
Posted by the fly in the web at 06:54