Coming to You from Fortress Balcony 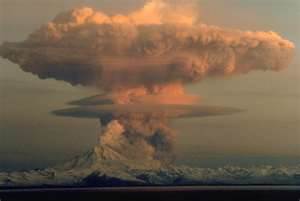 The 'temporary' rack has been moved to the balcony.....all unopened goods now live in the office where it dos not behove you to make too quick a move if you don't want an avalanche of tins of tomato with chili around your feet.
Not to speak of a pack of refried beans braining you from above.

A remarkable number of small tables, stools and chairs have also moved to the balcony from kitchen and bathroom, together with the table which once held the oven and a sprawling box of old cloths for cleaning which the dogs have taken as their own and managed to spread over three times its original size.

Inside the kitchen the two and a half burner monstrosity on a half sized  table has been moved centre stage....The Men do not intend to go hungry.
It was supposed to come out onto the balcony but there was no room.

I have arranged menus involving as little use of pots and pans as possible.
Man A demanded mashed potato and cabbage to accompany his one pot stew.
Amazingly he is still here...on the grounds that he was to control progress.
He wants a souffle tomorrow....one squawk for potatoes and cabbage and he'll be in it...face first.

The plan was to remove the huge traditional sink from the area between the kitchen and bathroom to the outhouse which already shelters the smoker, and run water to that so that basic washing up and what not could continue.
The Men had been thwarted in their first plan to use the handbasin in the bathroom as it was too small.

To remove the sink the wall between it and the kitchen had to come out, so furniture, etc, is covered  in old sheets and the fun begins.....lumps of breeze block fly through the air and the dogs and I take refuge in Fortress Balcony as dust billows through the doors.

It takes all day, thanks to the Man A changing his mind about total removal and deciding to make an arch.
Arch still not made as Man B has never made one before and is showing the whites of his eyes....so the plan to get all the dust making jobs out of the way on day one falls to the ground.

The sink, however, is removed, by dint of Man B calling his son and the two of them heaving it out on rollers.....the chorus of the Hebrew Slaves runs through my mind.
Goodness only knows how, but they get it up on its new stand....and The Men return to the fray, chipping off concrete that is proud of the walls and making ready for a start on a new wall at right angles to the original one.
Measurements are made and holes drilled in the floor to take the iron bars.

All swept up.....and a new day dawns.
Man A has by now decided that the new wall only needs to be at half height so a discussion ensues as to whether it would not be best to take out all the bars and cut only what was needed, or just to chop across the lot in situ.
Out they all come and are cut to size. The one that is saved is reverently placed in the outhouse. It will come in handy.

Emphasis moves to concreting the walls, and I retreat to Fortress Balcony again.
When I emerge at coffee time it is to find the existing sink unit standing proudly alongside the hob.....and the tap disconnected.
The water supply to the old sink has been forgotten in the discussion about the new wall.

Further, to get to the only working tap apart from that in the bathroom I have to go through the dining room, doing three rounds with the cooker and units, to escape by the front door as Man B has parked his barrow full of cement just inside the back door.
On return I find that the hob has been placed  in front of the tea and coffee packs.
Problem solved by using the tongs from the barbecue to reach what is required....after a trek to the outhouse to retrieve same.

Man B fetches a bucket of water for washing up the cups. Thank goodness Costa Rica has products for washing up in cold water....huge tubs of what looks like the dentifrice paste I used as a child.
I remember in time not to pour water down the sink.
Retire to Fortress Balcony.

A stir fry has been planned, and the ingredients are prepared on the balcony.
All morning, the only sound has been the swish of trowel on wet concrete, but as I light the burner for the stir fry I am blasted with debris and covered  in dust as Man B cuts through a breeze block with an electric saw.
I suggest he returns to his concrete.

Lunch is served on the balcony followed by acrimonious discussion with Man A about exactly what control was he exercising in forgetting to get water to the old sink.

No agreement having been reached I wash up.
This entails piling everything into two buckets, taking the dentifrice and moving outside to the above ground fish tanks which are served by a continuous water supply.
Deft work with the hoses and articles are rinsed, washed and rinsed again.
It starts to rain.
As I pour away the surplus water into the drainage ditch behind the tanks an anxious voice cries from the interior

Don't let any of that water get into the fish tanks....

Over afternoon coffee our local version of the International Labour Organisation hammers out a deal.

The water will be connected to the old sink tomorrow.

The arch will be made immediately afterwards.

All those interesting little lumps of concrete will be removed from the floor.

On pain of death...theirs....will the new units be put in place before the walls and ceilings are painted.

In recognition of which I agree to stop singing 'Right Said Fred'.