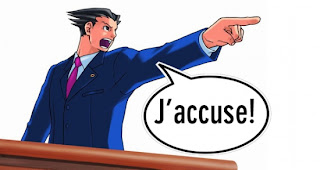 The staff are becoming old friends, but there was one well kent face missing....that of Licenciado Luis who has been translated to a drug ridden hole on the Caribbean coast where his challenge will be to prove to the narcotraffickers who make children pick dope rather than go to school that he is of use to them before they decide to show him he should be by shooting up his house.

Instead we had a middle aged judge who had the air of one happy to swap the shoot outs and drug raids which form the fodder of the central courts for the fresh air and bucolic charm of our little town.

Since this case might touch on the general water dispute which is waiting settlement in the capital, I thought it best to engage as my lawyer the inspector of water rights for our canton who has been a tower of strength in the battle against the developer.
However, come the hour to enter the court...no lawyer.
His secretary said he was in court somewhere else and would arrive as soon as he could.

The judge asked The Neighbour if he would wait.....inevitably the Neighbour would not.
He was, after all, a busy man, too busy to be hauled into court for all this nonsense and he didn't have time to wait for overpaid lawyers.

But Senor....you brought the action...no one is hauling you into court. You brought yourself.

Nomatter...the busy man could not wait so the case proceeded.

His lawyer...surprisingly enough the same one as in previous proceedings....announced that the whole thing was simple. His client only wanted peace and liberty to go about his affairs and he, the lawyer, believed that all  other parties wanted the same thing.

The policeman said he didn't want anything of the sort. He had carried out his duty and he wasn't accepting being accused of anything.

At this point the judge noticed that he was wearing his gun and told him he should have removed it before coming into court.

The policeman replied that in that case all the other parties should be frisked in case they were carrying concealed weapons.

Uproar from The Neighbour....much ado about something....?

A telephone call to the police station revealed that no female officers were available to frisk me. If I couldn't be frisked no one else would agree to be so we went on with the case.
Gun notwithstanding.

The lawyer resumed. He believed that The Neighbour and ourselves had come to an agreement and that now all could be forgotten...we could shake hands and make a new start.

The policeman said he wasn't going to shake hands with the Neighbour. He knew what he was. He had...

The judge intervened to tell the policeman that he wasn't included in the hand shaking.

The policeman asked what he was included in then.....he'd been accused and he wanted vindication.

Well you can't be vindicated just like that...we have to hear the case.

So what's all this peace and love stuff, then?

The judge asked The Neighbour whether he wanted to press charges on anyone, on someone or on no one.

The Neighbour's lawyer replied that there was an agreement between the parties and that all it needed was the judge's fiat to have it recorded.

Echoes of Licenciado Luis' last attempt to settle the water question arose in my mind....so I asked the lawyer what the agreement might be as I had heard nothing of it.

It was a settlement in this very court.

The judge asked for the dossier number and sent for the file.

I asked why, if it had been settled, would the judge's fiat be needed now.

It appeared that Licenciado Luis had managed to get Don Alexandro into court with a dodgy dossier and got him to agree that the Neighbour could cross his land, allowing him to move the first part of the water system's pipes.

But what has that to do with us?

It means that a judge has said that it's all right to move the pipes. You accept that and my client will drop the charges.

No. Let your client justify the charges he's brought against us...that's why we're here. Not to discuss a case that's before another court.

That's right, from the policeman. Get on with it.

But, said the Judge, isn't the water problem at the base of all this? If we could just settle it....

With respect, Judge, it is being settled elsewhere.

A tap at the door and my lawyer entered. Handshakes all round and a resume of progress from the judge.

The whole thing is simple, said my lawyer.
The Neighbour has brought charges. He has to justify them. Has he any witnesses?

The Neighbour surged to his feet.
Yes..he had...the judge had the list...he could see...it was as plain as the nose on his face that with all those witnesses we had to be guilty.

Yes the judge had a list. We had a copy.....it included the alcalde, the priest, four cousins, the lady friend and his lawyer.

But your witnesses need to be here, Senor. It's not the job of a judge to go and haul them out of their houses to appear.
And you, Senor Lawyer, were you a witness,, because if you were these proceedings are void.

Explosive noises from The Neighbour, hat thrown on the ground. What sort of a lawyer was he if he wouldn't be a witness? What was he paid for the Neighbour would like to know!

Would you say you are a violent man, Senor? asked my lawyer.

Fists raised, The Neighbour headed for him and was pulled down by his lawyer.

I see you are.

More exploding boiler noises while his lawyer kept a firm hold on his arm.

Case dismissed and The Neighbour bound over to keep the peace.

But my lawyer had something more to say.
He agreed that the main case was to be heard in San Jose...but he had a suggestion to make which might address the question of water use to defuse future problems and which might be of assistance to the court in San Jose.

He proposed that, wearing his hat as inspector of water rights for the canton, he would arrange with the council to make a formal inspection of the springs, water volume and water use in the Three Valleys area and call for all parties involved to produce proofs of their various claims.

Crook! Bellowed the Neighbour and headed for the door, only to be restrained by the policeman.

Good idea! Said the judge and wrote it up as part of the proceedings.

As we left after signing the judgement, the judge was sitting by the window wiping his brow.

The judge wants to know whether you did cut off his water....just out of interest.

It was the day the planning inspector was to see if the developer had enough water volume for his proposed estate....The Neighbour had cut off our side of the valley so Dona Mery asked us if we would go up and check the taps on the pipes further up....taking the policeman who had come out to answer her call for assistance.
We opened the tap to supply water again, but not so much as to deprive the new line completely of water.

But why did Dona Mery call you?

We had the car.